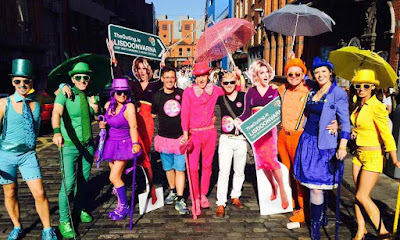 Planning a trip to Europe this year?  Looking to jump head first into a music-laden, fun-filled LGBT weekend in the Irish countryside?  Then look no further!  From October 7-9, 2016, The Outing Lisdoonvarna LGBT Music & Matchmaking Festival, now in its 4th year and growing, features pop-up clubs, drag performances, comedy, live music, arts, a literary/film festival and interactive events.  It's a guaranteed craic-filled weekend away on Ireland's stunning west coast, on the Atlantic Way.

“An LGBT weekend away like no other”, according to festival host Panti Bliss, The Outing is a fusion of music, comedy, ceilí bands and some of Ireland’s & International best DJs, performers and drag artists. But don’t forget why you’re in Lisdoonvarna in the first place. This is a matchmaking festival and you’re looking for love or friendship! 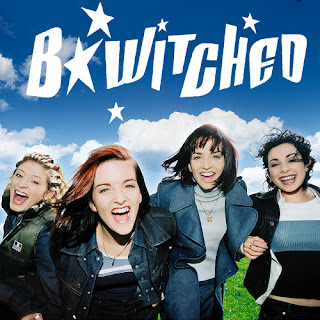 Their entertainment line-up this year includes the Irish girl group, B*Witched, as well as Thea Austin, former lead singer of SNAP! and Rhythm is a Dancer.  In addition, the high queen of Ireland, Panti Bliss, will be performing, as well as Jonny Woo, the queen of London's alternative drag scene.

The Outing has quite an interesting history... it was a totally new concept in 2013, having tied into the long-running Traditional Lisdoonvarna Matchmaking Festival started 157 years ago.  This festival runs over five weekends and for the very first time in 2013, the festival had dedicated its first weekend to the LGBT community.

A weekend like this wouldn’t be complete without a night full of clubbing! And these aren’t just any club nights! They’re bringing attendees a selection of Ireland’s and Europe’s best gay clubs and taking them on tour. Expect the unexpected, and not just in one but four venues and clubs. On these nights, there will be a battle between several DJs, sexy stage dancers and fire eaters. Entertainment for one and all!

To get a better sense of what's in store, check out the article in The Guardian from 2015, highlighting  some of the day to day activities and shenanigans!
http://www.theguardian.com/travel/2015/oct/15/ireland-county-clare-gay-matchmaking-festival 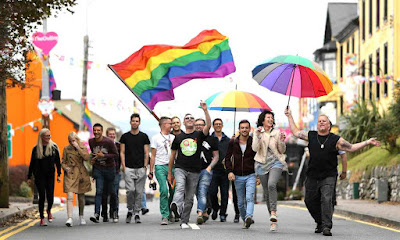 Huffington Post also wrote an article last year, focusing on Ireland's gay history as LGBT rights continued to go mainstream, written by Karel Bouley.  The HuffPo team were part of a media trip that included touring Ireland's famous LGBT sites, including the monument to Oscar Wilde and exploring the Temple Bar area in Dublin.  You also get a sense of the pioneering work Eddie McGuinness has put into this event from its creation in 2013.
http://www.huffingtonpost.com/charles-karel-bouley/irelands-outing-grows-as-_b_8282062.html 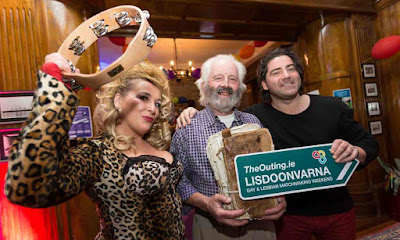 So check out their site at http://www.theouting.ie to learn more and to book your trip today!

And check out the following videos from The Outing 2015, which should further whet your appetite for the excitement and fun heading to Ireland this year!