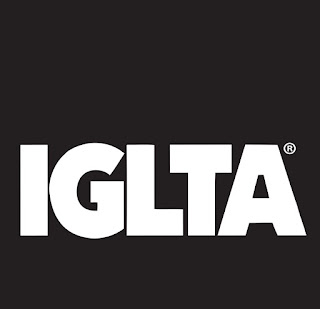 2019 marks a pivotal moment in the City’s history, with the 50th anniversary of the June 1969 Stonewall Uprising, widely considered the catalyst of the modern LGBT rights movement. Last week, President Barack Obama designated 7.7 acres of Manhattan’s Greenwich Village – including the Stonewall Inn – the Stonewall National Monument, the newest addition to America’s National Park System and the first national monument to gay rights. In celebration of the anniversary, New York City will also be home to WorldPride 2019, an expanded two-month series of events and programs alongside NYC Pride’s annual events.

“In 2019, New York City will celebrate the 50th anniversary of Stonewall and IGLTA has chosen to share this celebration with the global LGBT travel industry,” said IGLTA Board Chair Juan Julia. “Our members will be able to attend a great conference and also experience New York City's incredibly vibrant LGBT community. Rich with history and the cachet of being the city that never sleeps, there’s never a shortage of things to do in New York City, whether you're looking for theater, film screenings, museums, restaurants or world-class gay bars and clubs.”

The announcement comes on the heels of New York City’s annual Pride celebration, which took place June 19-26 and is among the most popular in the world. Each year, millions of people participate in events including The March, PrideFest, Dance on the Pier, and The Rally.

“We are thrilled that in 2019, just months before the 50th anniversary of the historic events at Stonewall, New York City will be home to IGLTA’s Annual Global Convention,” said Fred Dixon, president and CEO of NYC & Company. “We look forward to showing IGLTA’s membership exactly what makes New York City the most vibrant and welcoming LGBT destination in the world.”

According to Community Marketing, Inc., New York City is the #1 LGBT destination in the United States.

About NYC & Company
NYC & Company is the official destination marketing organization for the City of New York, dedicated to maximizing travel and tourism opportunities throughout the five boroughs, building economic prosperity and spreading the positive image of New York City worldwide. For more information, visit nycgo.com.

About IGLTA
The International Gay & Lesbian Travel Association is the leading member-based global organization dedicated to LGBT tourism and a proud Affiliate Member of the United Nations World Tourism Organization. IGLTA’s mission is to expand LGBT tourism globally for the benefit of travelers and its members. The association also is a proud supporter of ECPAT’s Tourism Child Protection Code of Conduct to prevent child exploitation. IGLTA membership includes LGBT and LGBT-friendly accommodations, destinations, service providers, travel agents, tour operators, events and travel media in more than 70 countries. For more information: iglta.org and follow us on Facebook, Twitter and Instagram @iglta.