The Struggle for LGBT Rights in Myanmar 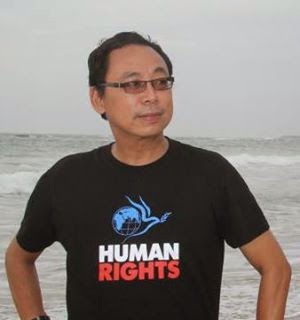 Aung Myo Min peered over his soda with a wide smile on his face. As the Executive Director of Equality Myanmar, he recounted spending most of the past quarter century as a political exile in Thailand. Excited to be back, he hurriedly told us about the many issues facing Myanmar’s LGBT community and how they intersected with the human rights concerns of women, ethnic minorities and religious minorities in the rapidly changing Southeast Asian country.

Known to many as Burma, Myanmar has been ruled by a military junta for the better part of five decades. But since 2010, the government has slowly announced reform after reform bringing the country closer and closer to democracy.

Our team flew into Myanmar’s largest city, Yangon, last month with a delegation of social entrepreneurs, impact investors, and philanthropists. We had come with the Aspen Institute, the Richardson Center for Global Engagement, and the US Department of State.

As we drove through the city we witnessed the tangible impacts of recent liberalization. Billboards advertised the pending launch of the country’s first independent mobile phone operators. Newsstands were packed full with daily publications that had been, until recently, logistically impossible due to government censors. At the same time, the country is rife with human rights concerns – the government has been accused by human rights groups of systematically cutting off medical aid to the country’s minority Muslim population in the west.

Among the country’s human rights concerns are the rights of Myanmar’s LGBT population. There have been numerous reports of individuals being violently targeted for their actual or perceived sexuality. With decreased media censorship, these cases have become increasingly well documented. At the center of the discrimination is an official countrywide ban on homosexual conduct – a relic from British rule still present in many former colonies. Referred to as by its legal title of Section 377, this law has had a detrimental impact on the fight against HIV/AIDS in the country and has become one of the primary focuses of local human rights groups.

We met with Aung Myo Min of Equality Myanmar in Yangon. By collaborating with human rights advocates focused on women’s rights, ethnic minority rights, and religious minority rights, Equality Myanmar is helping to build more inclusive and secure Myanmar. “I spent decades living in as a political exile because of my human rights work,” said Aung Myo Min when we met him at a coffee shop in the city’s center. “But I have returned – there is just too much work here to be done.