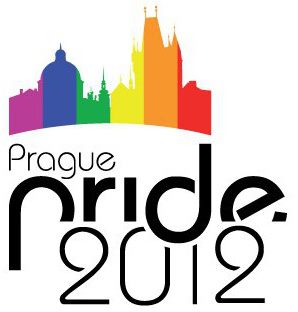 Last year the first ever Prague Pride was organized amid political controversy, when Czech president Václav Klaus openly criticized having a Pride event in the capital of the Czech Republic. In spite of his statements the first Prague Pride was an overwhelming success, with more than 25.000 visitors. The event turned out to be a human rights manifestation as well as a celebration all over the city, which had a lasting impression on all those present.

Prague Pride 2012 will be held from 13 to 19 August 2012 on various attractive locations in the Czech capital. The ambition of the organizing team is to attract an even higher number of visitors than last year. With 7 days filled with entertainment, debates, concerts, exhibitions, theatre and more, Prague Pride 2012 will represent the Czech LGBT+ community in its full colour and diversity. With Prague Pride still being a relatively new event, it has a fresh atmosphere of activism combined with fun, which can no longer be found in many other, more commercial Prides.
The theme of this year’s festival is “Bringing our colours together” with the aim to introduce the general public to the LGBT communities that are usually hidden from the public eye, such as LGBT Roma, disabled or transgender persons.

The highlight of the festival will be the parade through the city centre and the consecutive concert at Střelecký Island on Saturday the 18th of August. The route of the Parade will take the participants from the famous Wenceslav square to the beautiful Střelekcy Island, where a concert will be held with many local and international stars.

“We want to show the Czech society as well as visitors from abroad that we will continue to put Prague on the map as Central and Eastern Europe’s capital of diversity and as one of Europe's main LGBT travel destinations.“  the director of the festival Czeslaw Walek says. By giving Prague Pride 2012 his auspices, the mayor of Prague acknowledges the significance of its LGBT community, with Prague Pride becoming a tradition in Europe’s LGBT summer season.
www.praguepride.com
www.facebook.com/prideprague
#praguepride on Twitter