Queertrip.com’s San Diego Pride Packages are fully customizable and include airfare, hotel, car rental, festival tickets, Friday Night Block Party admission and a special Welcome to San Diego pride kit. Queertrip.com is gay-owned and based in Los Angeles, CA. The site focuses exclusively on LGBTQ travel, with an emphasis on honeymoons and customized vacations based on client interests.

“We’re thrilled to be partnering with San Diego Pride as the travel sponsor,” said Queertrip.com founder and CEO Jeremy Bryant. “We hope that our travel packages and deals will allow for even more attendance at the event this year.”

San Diego Pride Weekend kicks off on July 20 with a Pride of Hillcrest Block Party Friday night. The party continues the next morning as thousands of people line the streets for the Pride Parade to start its journey down University Avenue at 11a.m. and continue down 6th Avenue until the parade ends in historic Balboa Park. When the parade ends, the festival begins! Headliners performing at this year’s festival are Kelly Rowland and Natasha Bedingfield. 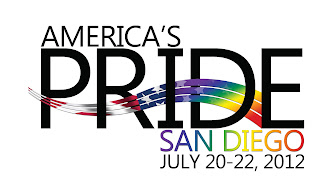 San Diego Pride was formed in 1974 as a sponsored program of The Center for Social Services. San Diego Pride produced the first Lesbian and Gay Parade in San Diego to celebrate the 1969 Stonewall Rebellion on New York's Christopher Street. Today, the San Diego Pride Parade attracts over 100,000 people! San Diego Pride has given more than $1.3 million to a wide variety of LGBT organizations as it continues to foster pride and respect for all LGBT co locally and globally.